Taking screenshots can seem mundane and unimportant but it is always good to possess skills, Don’t you agree? Usually, people take screenshots of important things that needed to be saved. It is easy and simple to take a screenshot from mobiles as all you have to do is click on the screenshot option present on your notification bar. There you go, you have your screenshot taken in seconds. Simple, right?

But what about taking screenshots on your laptop or desktop. There are many ways to take screenshots from your pc or laptop. Learning a new thing is never such skills will come in handy in the future. Usually when you feel all the information on a particular page is important, then you will take the screenshot of that particular information. But it is not as simple as you think. Taking screenshots may be an easy job, but it doesn’t mean that everybody is equipped with that skill.

If you want to know how to screenshot on windows then you’re at the right place. In this article, you would learn different ways on how to take screenshots on windows.

Snipping tool has been around for a long time. People use this application to take screenshots on their laptop or desktop. This application comes with windows. All you have to do is type snipping tool in the search bar and you would find the tool. By default, the snipping tools takes a rectangular snip, but you can take full form and full-screen window snips too. 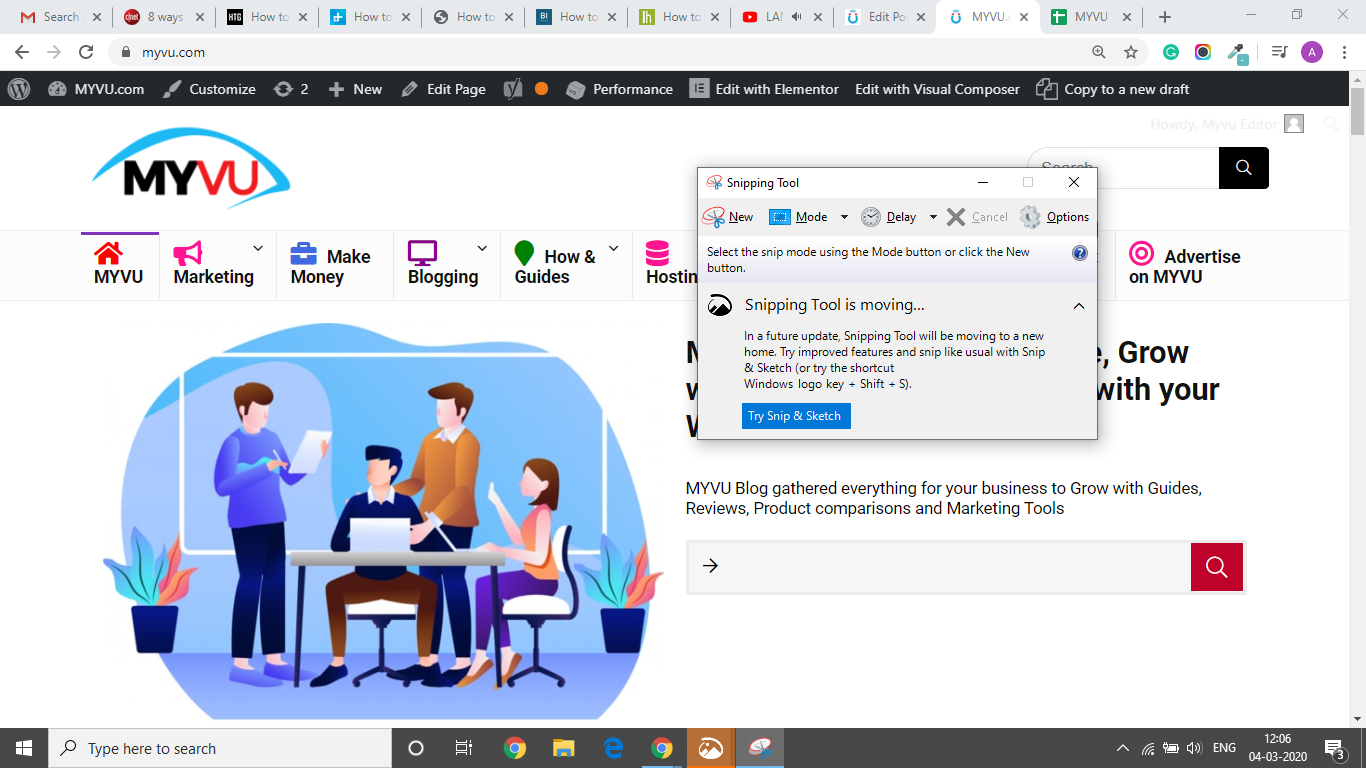 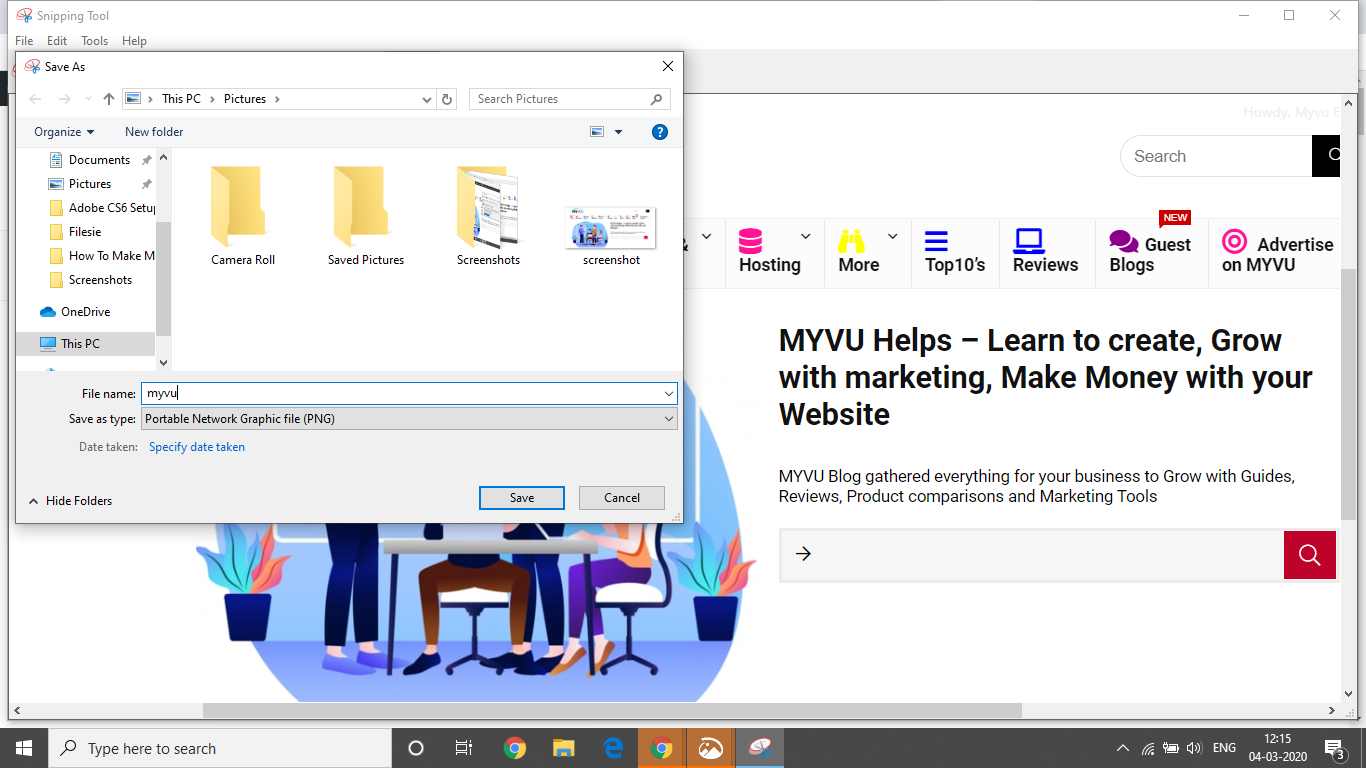 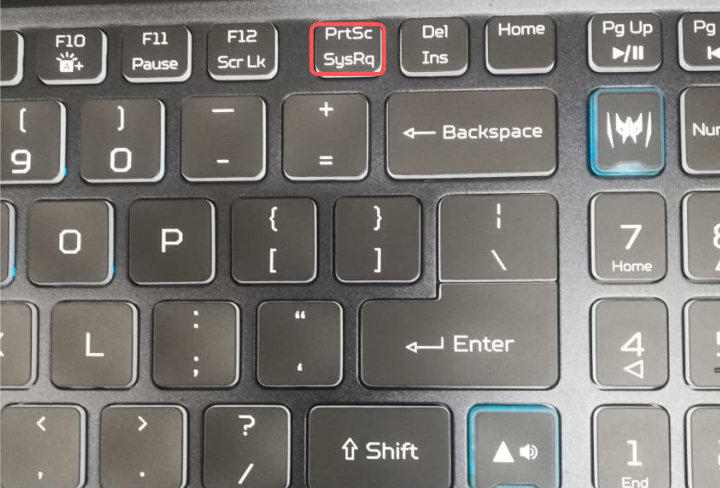 Step1: Open the page you want to take a screenshot off.

Step3: Go to File Explorer and open the pictures section and you will find your screenshots in screenshots folder.

The latest update in the windows has brought some changes to the Snipping Tool. If you open the snipping tool it is giving you a suggestion to try the new snip& sketch tool. This tool is easier to access and makes taking screenshots simple and easy. Not only that it even makes sharing also easy. You must have understood how to screenshot on windows. 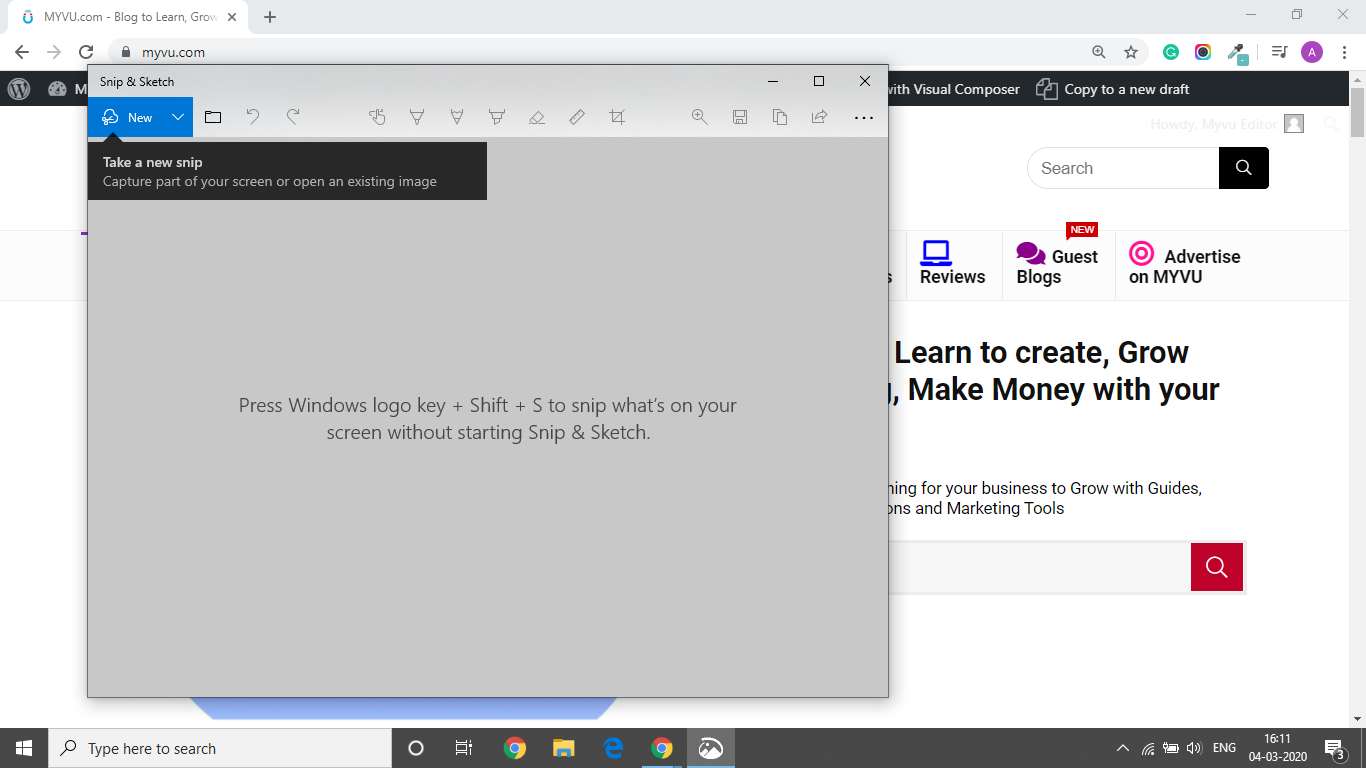 Step2: Once the Snip & Sketch window opens, click on the new button.

Step3: Then navigate through the application and capture the screenshot.

Step4: Once the screenshot is transferred to the clipboard. You can do mark or highlight the image. If you want to erase a mark simply use the eraser. You can even annotate on the picture with a pen, pencil. 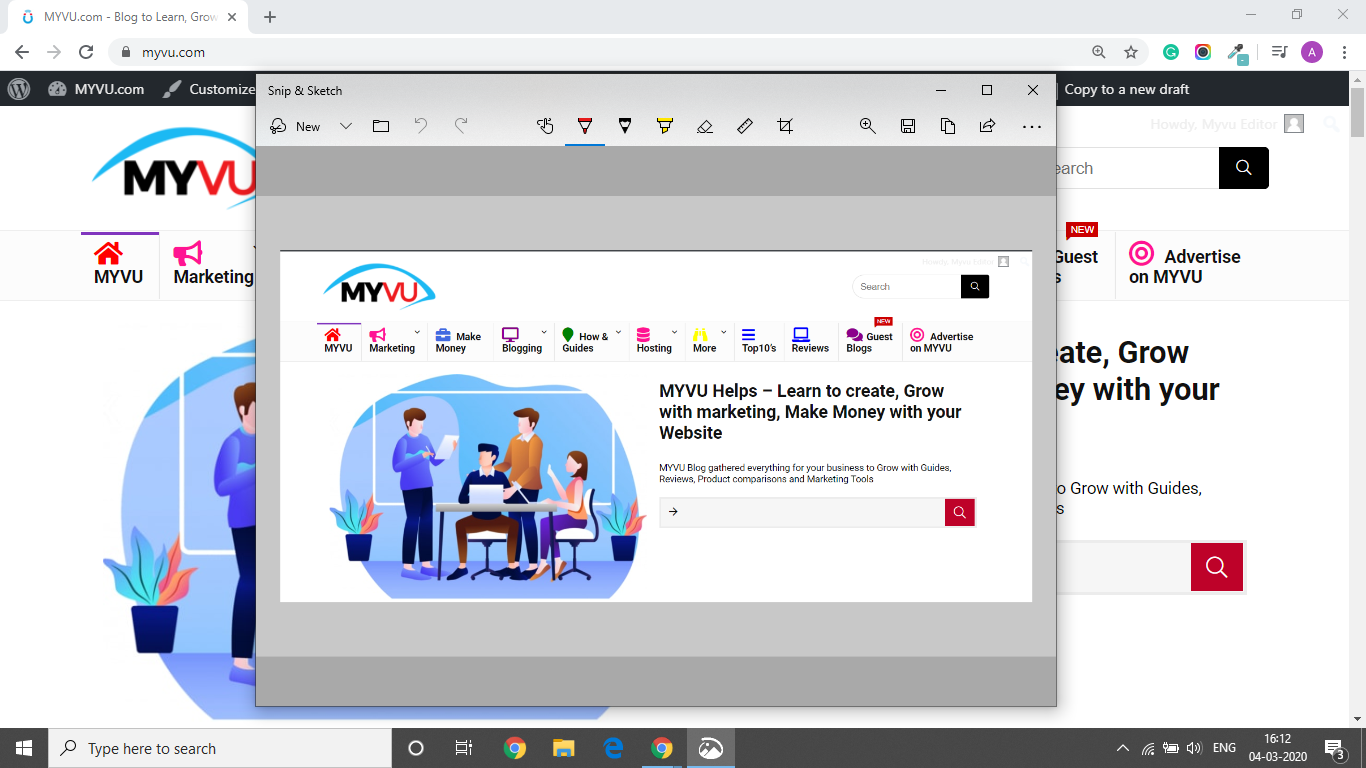 Step5: If you want to delay the snip by 3 to 10 seconds, you can click on the down arrow button next to the new button. If you want to make any annotations make them. 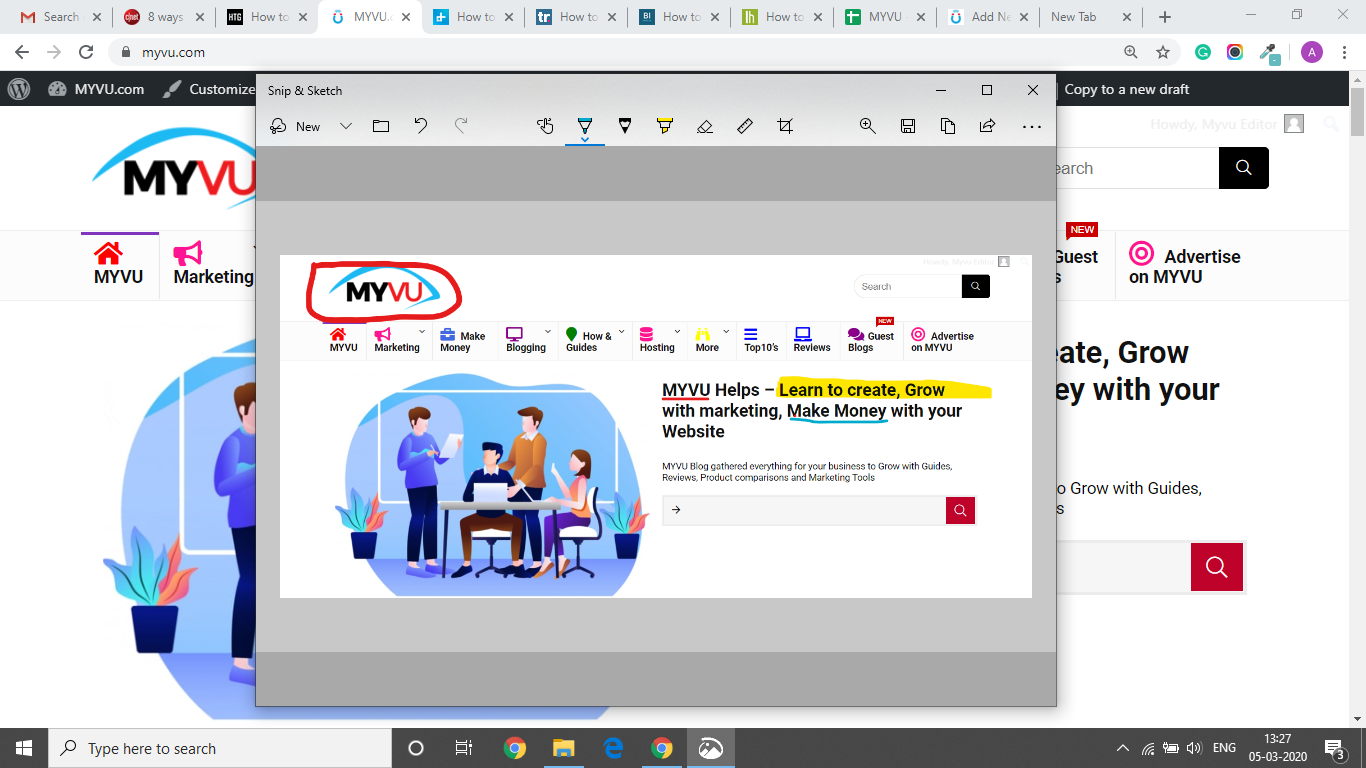 Step6: Click on the save as and give the name and save the image. 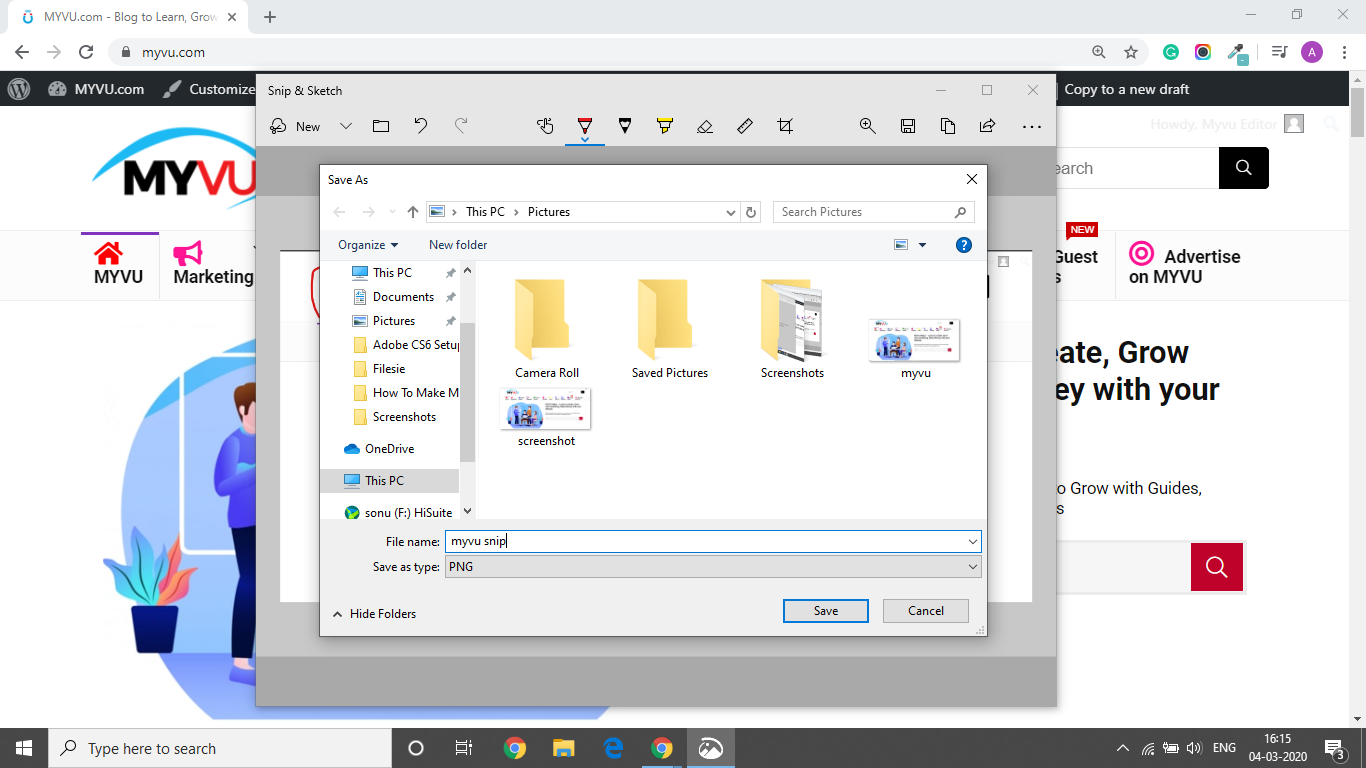 Step7: Check for your images in the pictures section of file explorer.

Usually, Windows 10 comes with game DVR capabilities. It helps in capturing the screenshots and recording the game footage of windows PC games. Remember these screenshots are saved in PNG format and they’re saved in the capture section of videos. You must first launch the Xbox app starting the game bar. To facilitate it follow the following steps.

Step1: Open the Settings, Go to the Game DVR

Step2: Under the Game DVR you will find “Take the Screenshots using Game DVR”.

Top 10 Business Movies Every Entrepreneur Must Watch for Motivation