At times of despair, motivation can come from anywhere. Success is sweet but that doesn’t mean failure is a bad thing to taste. Sometimes taking a step backwards can put you in a place where you can see your future clearly. You must have heard it so many times, so why not one more time? A lion takes two steps back before attacking its prey. So don’t be demotivated or discouraged because life is throwing hurdles at you.

Life is not a planned activity that everything will work out as planned. Sometimes it may and sometimes it may not. You must be prepared for any situation and if you fall down before reaching your goal, get up, dust yourself off and double your efforts.

If you’re an entrepreneur then you must embrace the fact that challenges will be thrown towards you regularly. Especially for startups, you must be ready to take rejection. There will be times when you will question your choices and decisions. But remember success comes only to those who are persistent, focused and willing to work hard. Being an entrepreneur has its own highs and lows. You must stick hard to what you believe in to make a difference and build a future that you dream off.

Why do you think all these great people are still remembered and talked about even today? It is because they didn’t back down when a challenge was thrown their way. They have worked hard for what they believe. In this digital era, motivation is everywhere, all you have to do is look for it. From your social media feeds to the street you’re walking in there are many people who are or were part of some amazing tales. All you have to do is open your eyes and ears to hear such amazing stories. Simple things can leave a huge impact on people. Be it reading a great autobiography or listening to the success stories or coming across an inspiring quote can drive your passion.

So next time you’re feeling down and listless and doubt yourself, here are quotes from great people that will inspire and motivate you.

Do you know the man behind Ford motor company? Its Henry Ford. He was known for Founding and leading Ford motor company. It is not an exaggeration to say that he was one of the well-known and richest people in the world. He manufactured and developed the first automobile that middle-class people could afford. This renowned American industrialist’s journey was not an easy one.

Before establishing Ford, he was an apprentice machinist and engineer at Edison Illuminating Company. One can take motivation from his life to walk towards their dreams. His Quote “Whether you think you can, or you think you can’t-you’re right” tells you that it is you that can make or break your dream. You have the power to make your dreams a reality. 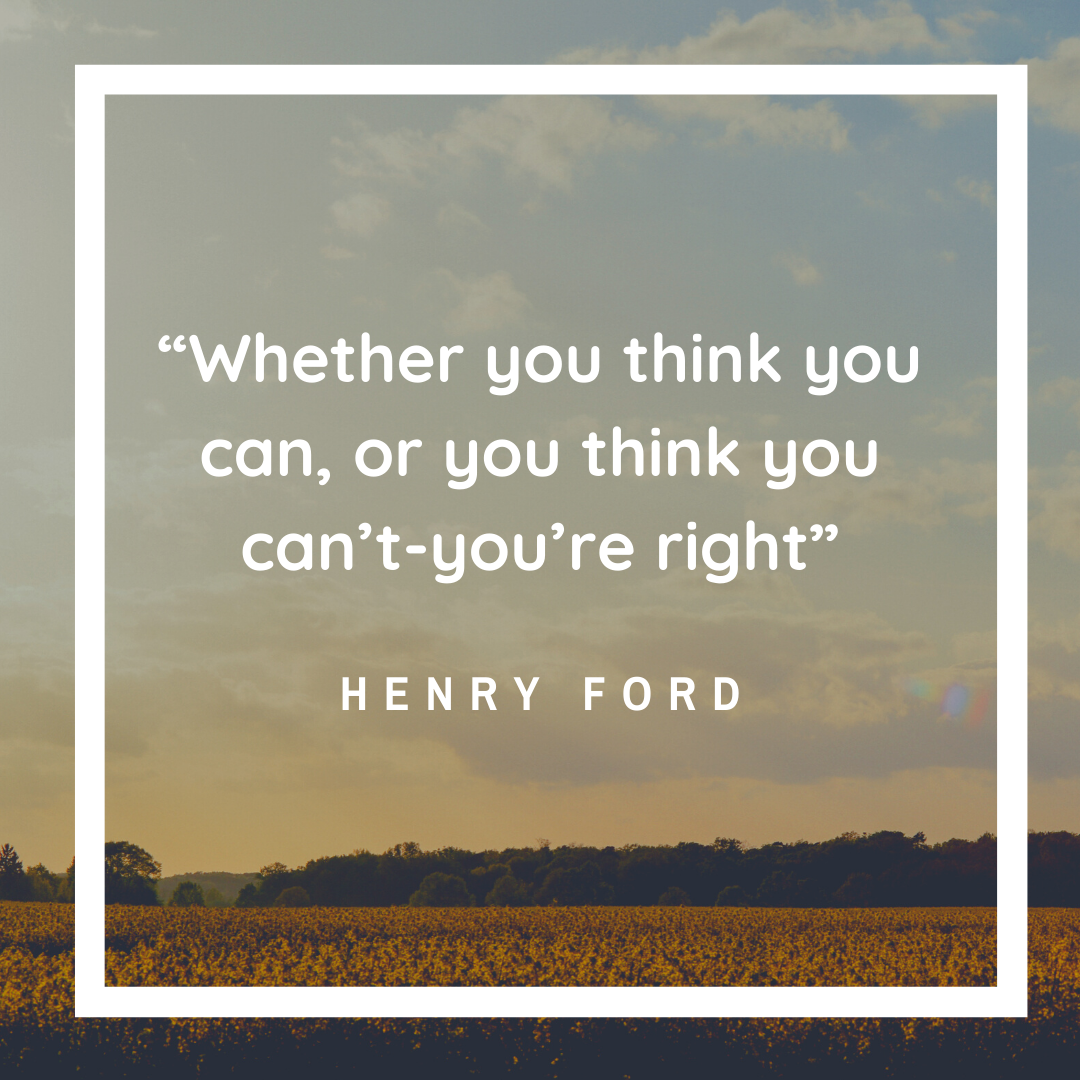 Can you imagine your childhood without Micky Mouse, Minni Mouse, Donald Duck? Impossible right? These animated cartoon characters are best friends to kids. All these iconic cartoons were created by the visionary Walter Elias Disney. This man has proved what people have deemed impossible. He was a dreamer and with his passion and perseverance, he has made them a reality.

Walt Disney has left behind a legacy and proved to people that believing in your dreams and ignoring naysayers will eventually pay off. From winning the first-ever academy award for an animated movie to starting an amusement park that millions around the world are crazy for this man has done it all.“All our dreams can come true, if we have the courage to pursue them”, the next time you are not sure of following your passion just remember your quote. 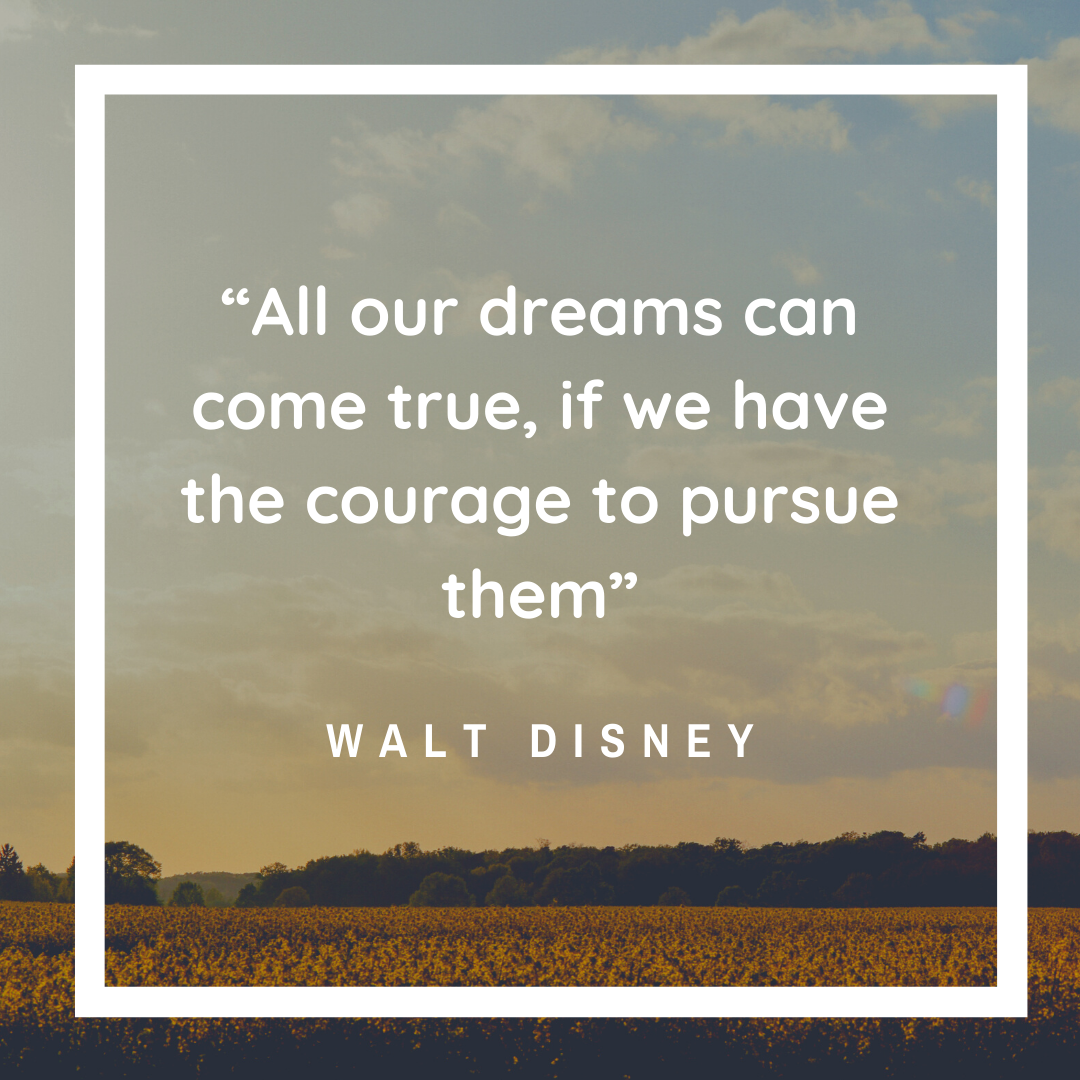 Charlie Chaplin is a global icon. He was an English Comedian, Composer and filmmaker. With his amazing acting skills and comedy timing he has grown a huge following and continues to remain one of the most important and influential figures in the history of the film industry. He is known for writing scripts and composing music to his films. In the silent era of films, he has grown prominence because of his on-screen presence.

His career has spanned for over 75 years. But his life was not all roses, his childhood was difficult and even in the later years of his life, there was so much controversy surrounding him. Nevertheless, he is never discouraged and his dedication has made him part of many iconic movies. There is so much to learn from the life of this legendary actor. Next time you’re feeling down remember one of his inspirational quotes “Life is a tragedy when seen in close-up, but a comedy in long-shot”. 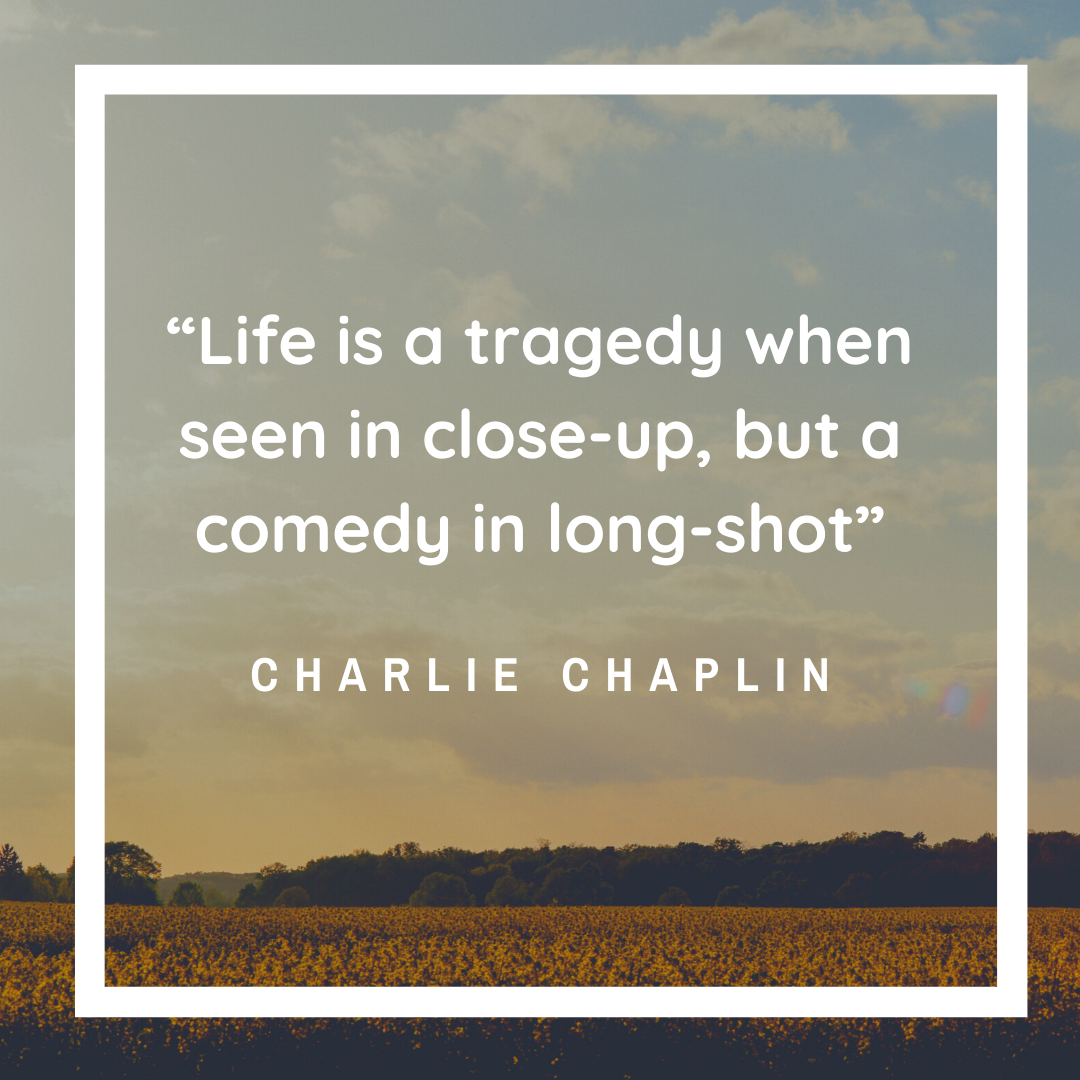 Who doesn’t know Oprah Winfrey? She is one of the most influential people in the world right now. Oprah is a media executive, successful tv host, philanthropist and actress. She has hosted the successful talk show The Oprah Winfrey Show for 25 seasons. There is so much to learn from this woman, her journey towards success was not an easy one. From writing books to act she has done it all. She has taken part in many philanthropist activities.

Winfrey became the first black female billionaire, she is the inspiration for many. She has done some many things that many didn’t imagine were possible. There is this famous quote of her “You don’t become what you want, you become what you believe”. The next time you want motivation to remember this quote and believe in your self. 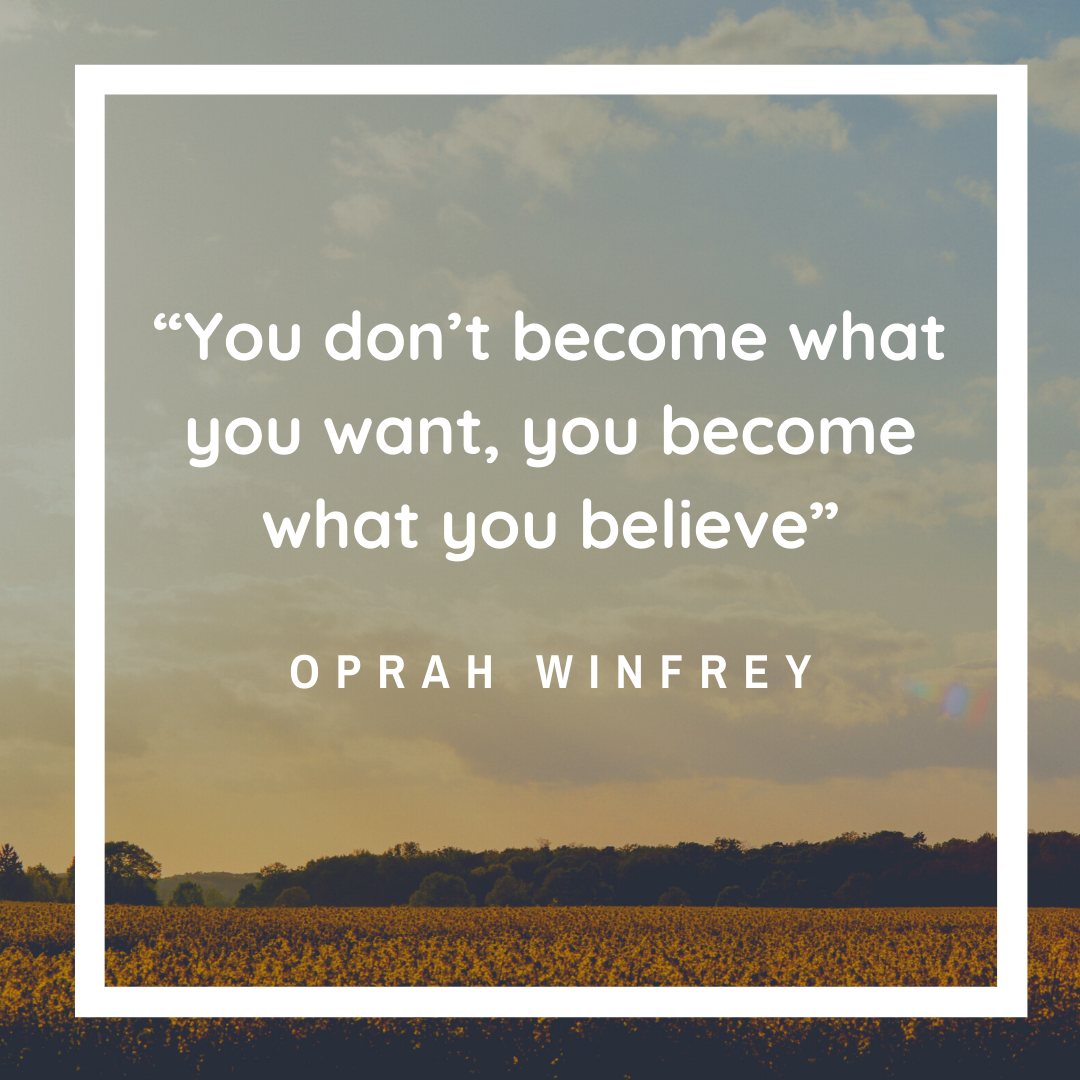 A.P.J Abdul Kalam was an aerospace scientist and former president of India. He was the 11th president of India, he was also known as Missile Man. In his childhood his family condition was not great, he lived in poor conditions. But his passion for learning has pushed him to study aerospace engineering and join DRDO as a scientist.

He is an inspiration for many, Kalam was an excellent speaker, he always addressed people to believe in themselves and work for their passion. He was truly a legend who motivate people with his excellent speeches.“You have to dream before your dreams can come true”. Dream and work hard to make them a reality. 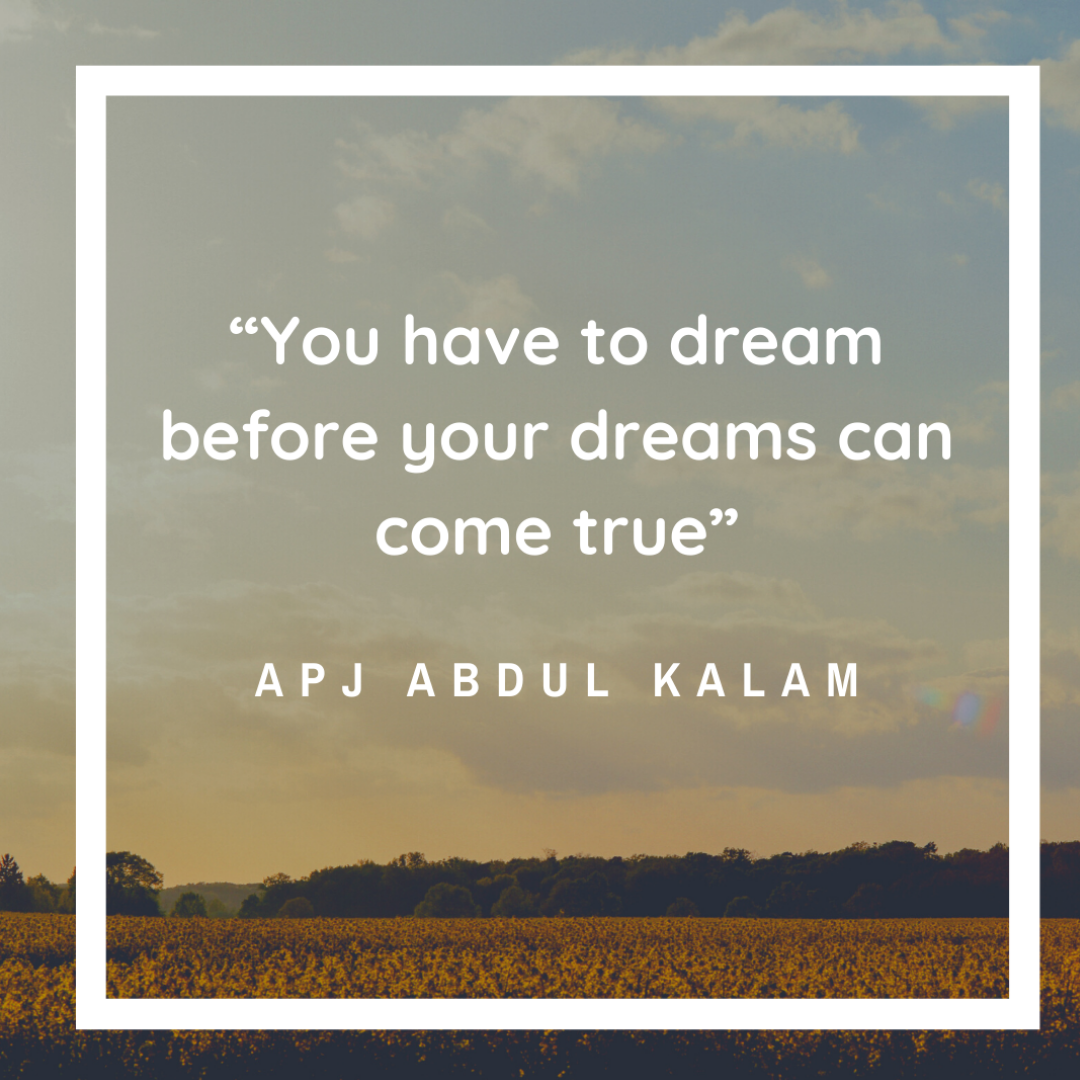 Michelle Obama was the former first lady of the United States of America. She is a lawyer, university administrator and the best selling author. Her memoir Becoming has become one of the best selling books across the world. Michelle Obama was the first African American First Lady of U.S.A. During her time as the first lady, she has served as a role model for many women. She worked as an advocate for nutrition, education, healthy eating, physical activity and poverty awareness.

From her impeccable fashion style to her inspiring speeches, she is a whole package. There are so many inspiring motivational quotes of Michelle Obama, Here is one for you next time you’re in despair just remember this quote. “Your story is what you have, what you will always have. It is something to own”. 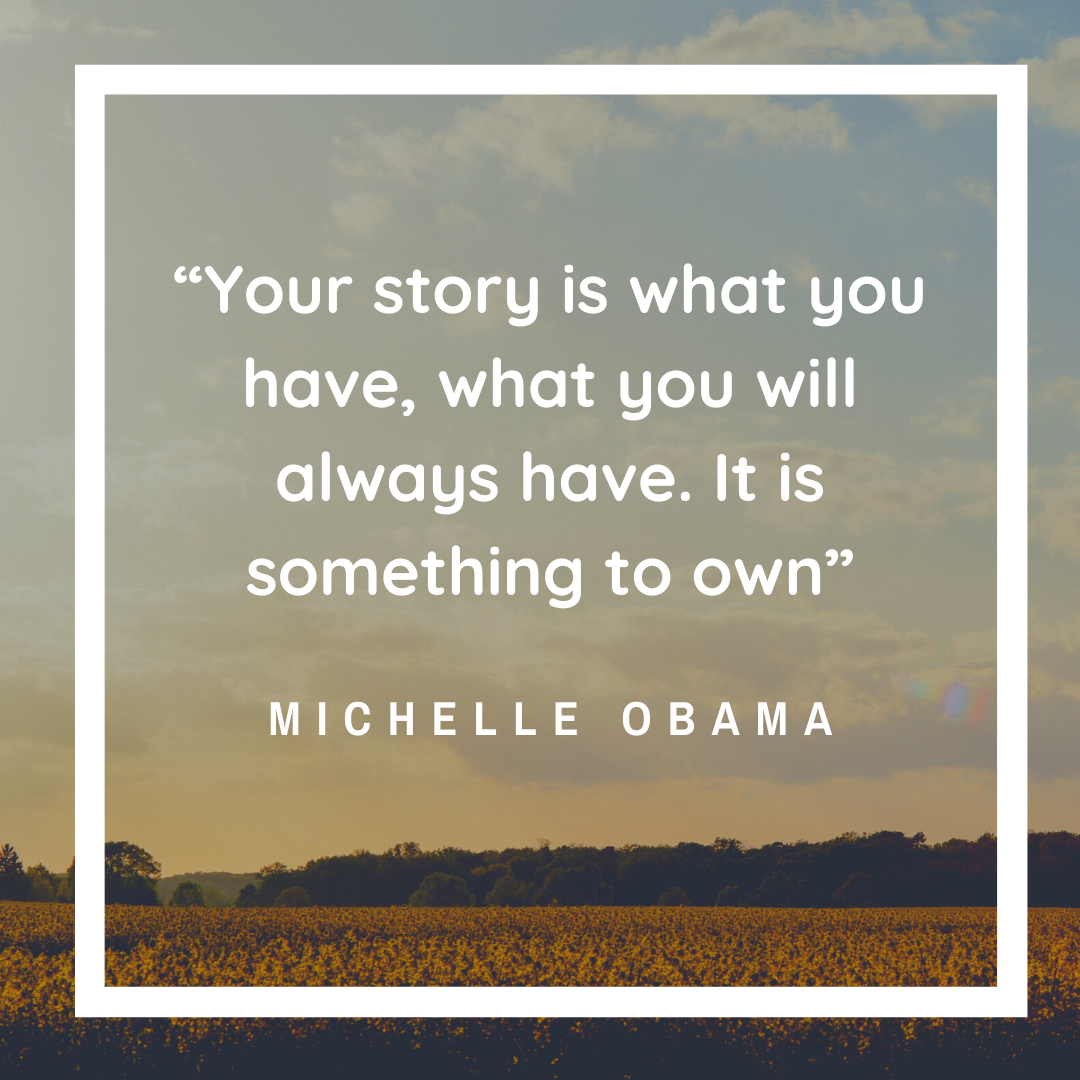 Malcolm X was an American Muslim minister and a human rights activist. He is one of the most influential figures in African-American and Muslim Community. His father was also a civil rights activist. He was a charismatic and influential leader, Malcolm was a natural orator, who has the capacity to draw audiences. Sadly his life was cut short when he was assassinated in 1964. But nevertheless people across the world, still celebrate him and his motivational quotes have provided inspiration for people. One of his many motivational quotes is “If you have no critics, you’ll likely have no success”. 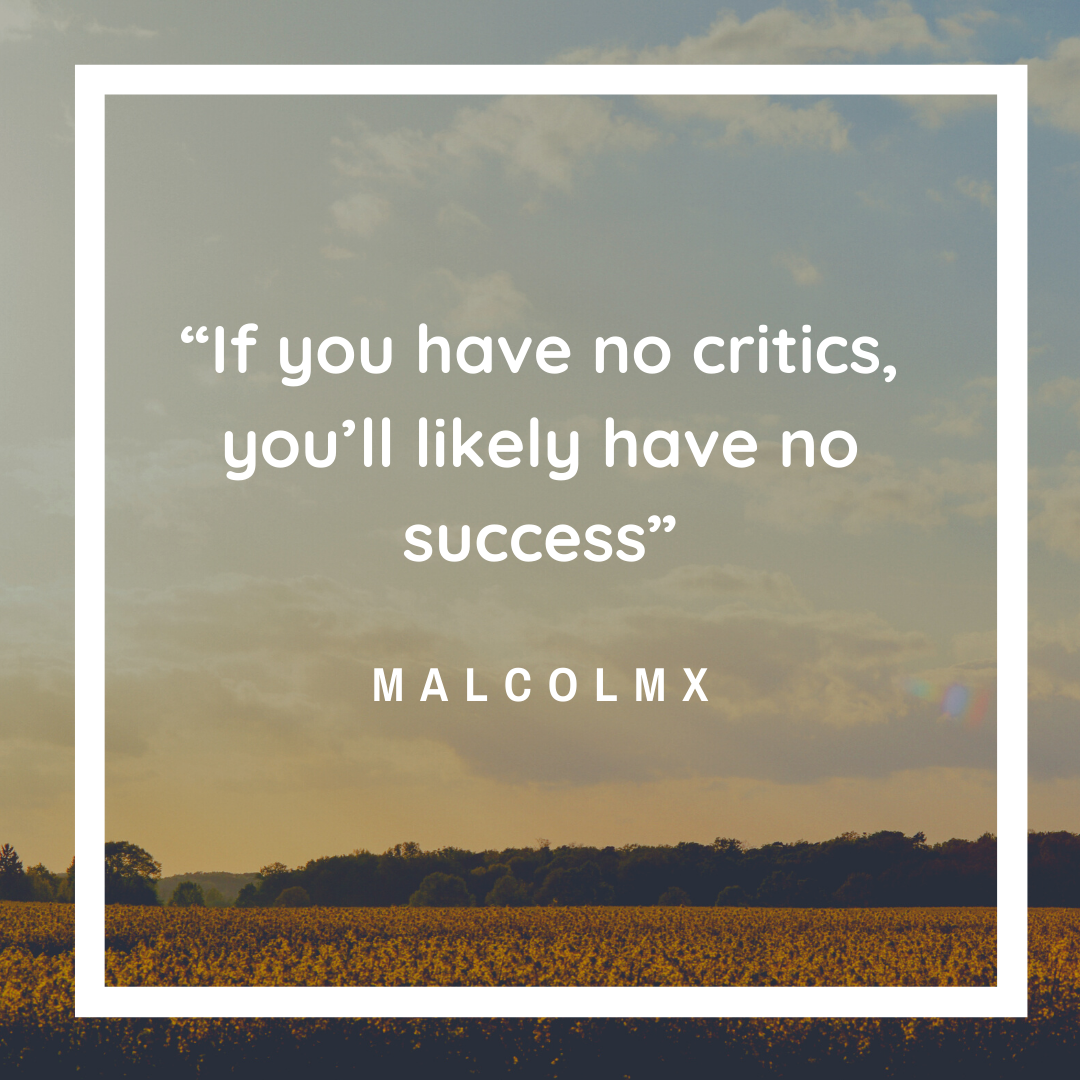 Warren Buffet is the fourth wealthiest person in the world. This American business magnate is an inspiration for entrepreneurs and investors across the world. Apart from being the most successful investor, he is a philanthropist too. Under his leadership, Berkshire Hathaway has grown ten folds. For entrepreneurs, there is so much take away from his life choices and accomplishments. If you want to get advice from the person who is in a similar field then take the essence from warren buffet entrepreneur quotes to stay motivated. So the next time you feel listless and demotivated remember this quote by warren buffet “Risk comes from not knowing what you’re doing” and charge towards your goal. 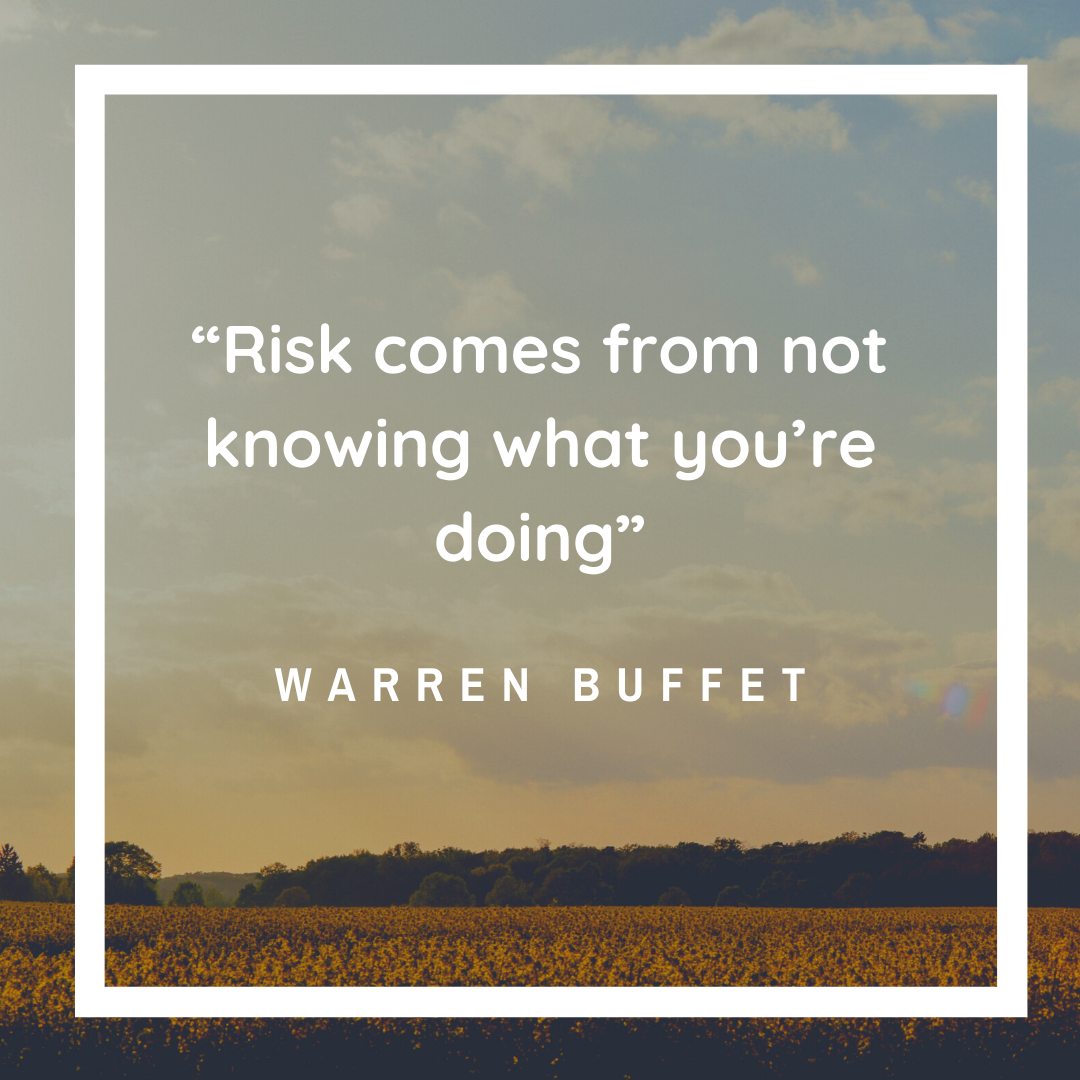 Bruce Lee is one of the most influential martial artists in the world. Lee Jun-fan was his birth name. He was a martial artist, philosopher, Hong-kong American Actor, director. Bruce Lee is a pop culture icon and it is not an exaggeration to say that he has drawn attention to the Chinese martial arts in the ’70s. He is known throughout the world, even though he died at a really young age Lee has left behind a legacy. His story bears testament to the idea that if one works hard there is nothing he cannot achieve. His motivational quotes are always a source of inspiration for many people across the globe. Seek motivation from his quote “As you think, shall you become”. 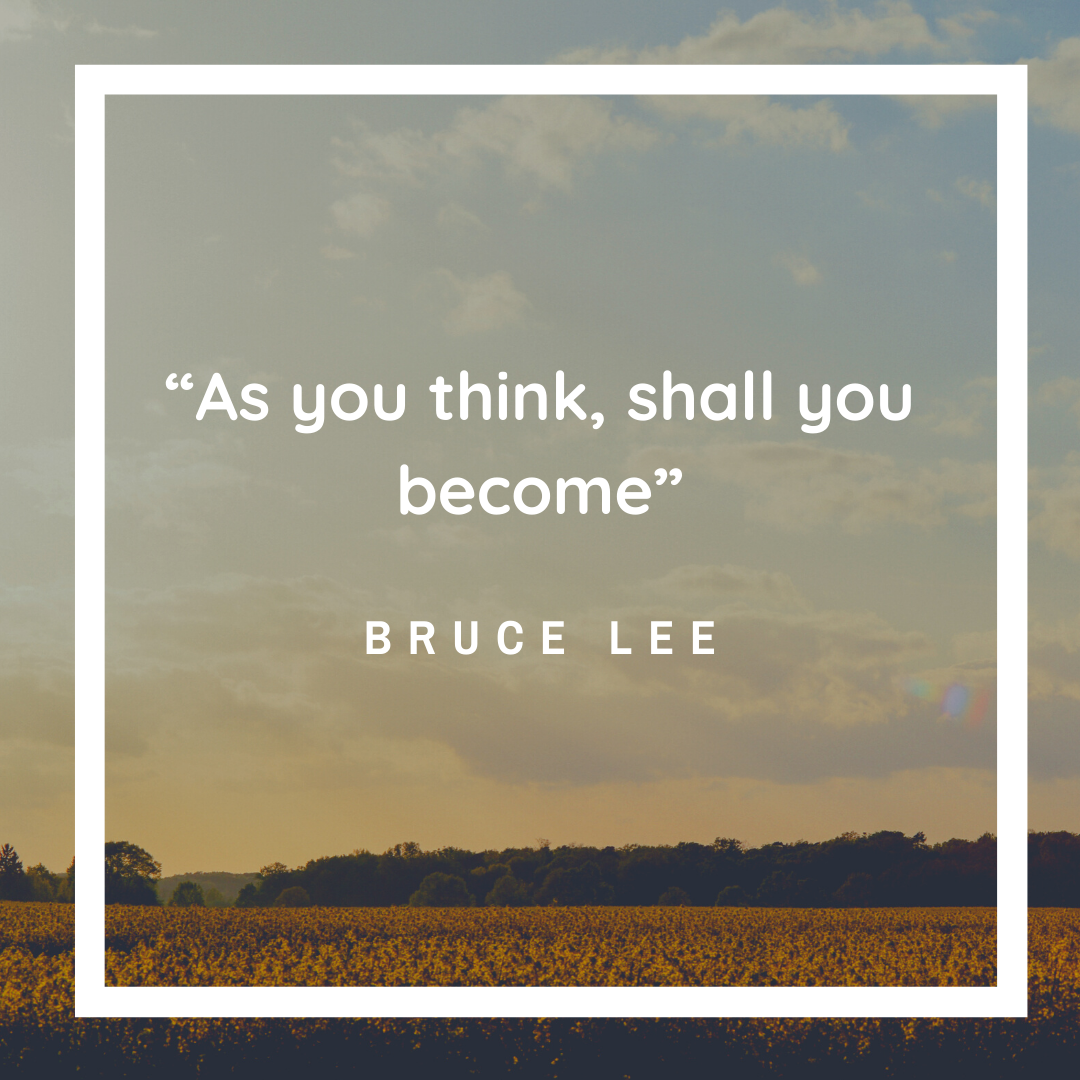 Do you know the book “Think and Grow Rich”? It is among the 10 best selling self-help books of all time. Napolean Hill is the author of this best-selling book. His works always insisted that expectations are essential to improve one’s life. Here is one such quote from the book Think and Grow Rich “Whatever the mind can conceive and believe, it can achieve”. 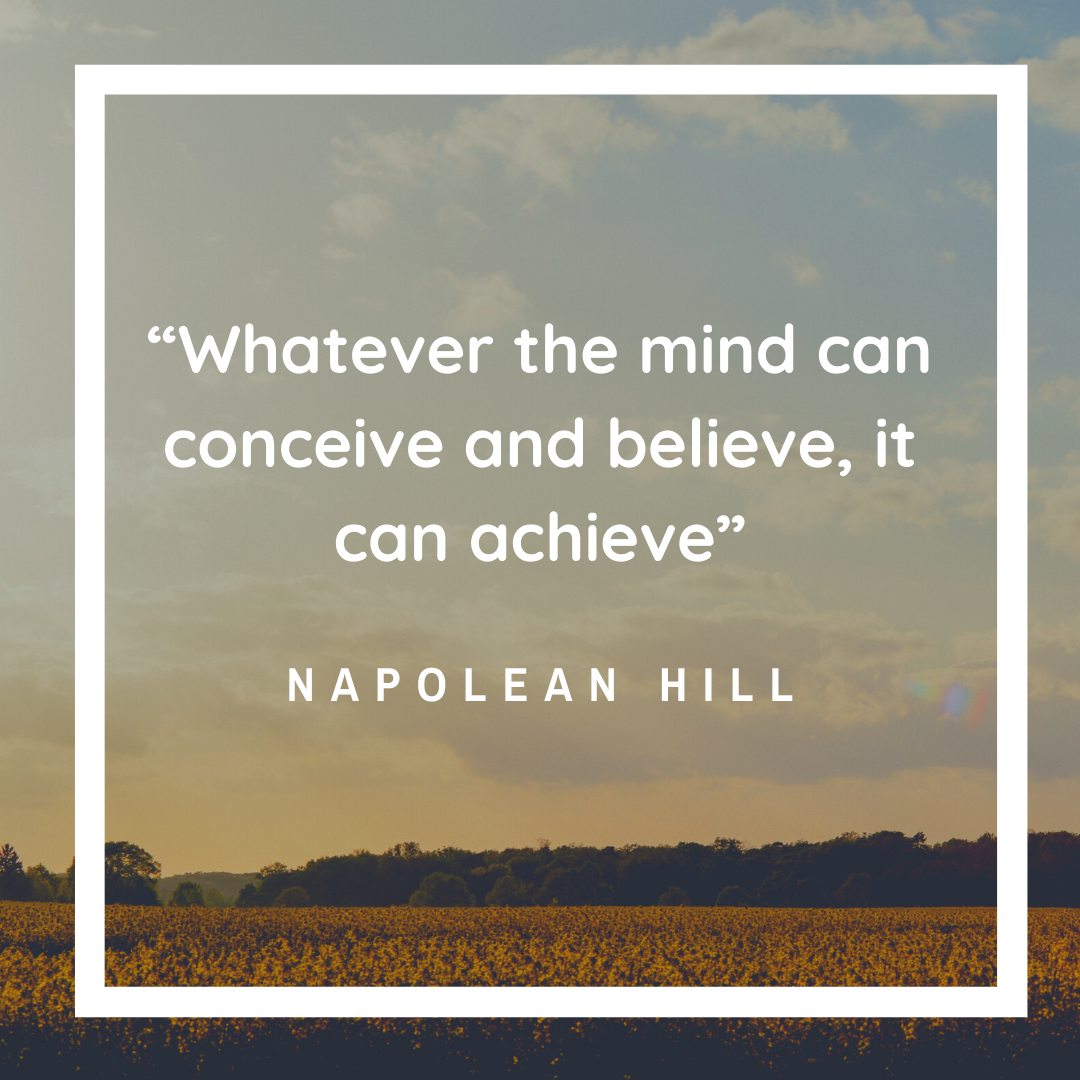 There are so many ways to keep yourself motivated. Many influential figures over the years have served people motivation with their quotes. There is so much to learn from these people and their life stories. Check out this list of motivational quotes by famous people. Next time you’re feeling get inspired by these motivational entrepreneur quotes.

How to do a Reverse Image Search on Google, Desktop & Mobile?

Top 20 Motivational and Inspirational Movies Every Entrepreneur Must Watch

How To Take Your Business To The Next Level

Tech Startup Funding: 5 Most Realistic & Reliable Ways to Get Funding